From 14 June to 15 July 2018 Moscow will host thousands of fans from all over the world who will come to support their teams at FIFA World Cup. The final match will take place at the Luzhniki Olympic Stadium. However, even an event of this magnitude is unlikely to have any considerable impact on the bustling life of the megalopolis. Would you like to see a unique Moscow? If so, here is our guidebook with a new look.

Places you will never find in regular guidebooks

Places frequented by the locals

Pride of the city

Where to spend a couple of spare days

Feel at home in a strange city: useful apps

Places You Will Never Find in Regular Guidebooks

The famous Russian writer never mentioned any precise place where Margarita had lived. However, it is commonly accepted that the newly-made witch straddled her broom naked and flew out of the window of a house at Spiridonovka Street, 17.

The House of Margarita

Speaking of Master and Margarita, we can’t help mentioning the bizarre apartment where Woland chose to stay — its prototype can befound in a house at Bolshaya Sadovaya Street, 10. The same place where the Museum and Theater “The Bulgakov House” is located and where the writer himself used to live.

A unique place where one can see tons of gadgets made by the biggest company in the world over its illustrious history. All of them (well, almost) are still working. You can try your hand with the ancient Mac or iPhone 1. The museum is based on a private collection and you can find it at Skladochnaya Street, 3, bld. 1, close to “Dmitrovskaya” subway station. The Orthodox church is thought to be dominant in Russia. Russia, in fact, is a fusion of cultures and it really shows in the capital city. Indeed, there are scores of traditional Russian churches in Moscow, but we suggest you should take a look at the biggest catholic cathedral in Russia at Malaya Gruzinskaya Street, 27/13, not far from “Ulitsa 1905 goda” subway station. It is one of the three catholic churches operating in the capital city. The cathedral opened its doors way back before the revolution of 1917. Now they celebrate mass in several languages here.

If you wish to go back in time, all the way to tsarist Russia, you surely need to visit the Izmaylovo Kremlin – a center of culture and entertainment founded in the third millennium. The Kremlin was built as a replica of the imperial manor that used to be in Izmaylovo. Here you may enjoy the architecture, visit unorthodox museums and popular art shops, and try the traditional Russian cuisine. The center can be found at Izmaylovskoye Highway, 73ж, next to “Partizanskaya” subway station.

Looking for something cool? There is a house in Moscow, with real residents in real apartments, however, it is completely two-dimensional. You can find it at Presnensky Val Street, 36. A fantastic architectural solution and optical illusion. And a fitting place for neat selfies! Places Frequented by the Locals

If you come here from a big city, you should understand Muscovites who do not particularly fancy regular tourist attractions. Moscow is a huge city and one gets pretty tired of commuting between home and work and back again all week long, so most of locals would prefer to take a break and stay in the quiet of their suburbia where one can always go to a park, forest, riverbank or cinema. If it ever comes to traveling, Red Square is definitely not their destination. Many Muscovites would gladly swap the famous Gorky Park for the Neskuchny Garden nearby or the Sparrow Hills Park stretching along the river that gave its name to the capital city of Russia. Incidentally, the Sparrow Hills is the place from where you can admire the main stadium which will host the FIFA World Cup 2018. Here you can also take a water bus and have a tour of quite a few local attractions, seeing them from quite a different angle. The VDNKh Exhibition Center and Park goes a long way back in USSR history, but Muscovites would prefer the less crowded and absolutely stunning Botanical Garden close by, or, even if a bit further away from VDNKh, the Patriarch’s ponds (Patriarshiye Prudy), where one may once again be reminded of Bulgakov and have a bite at a not too posh café or restaurant. This is where things get complicated. Do not worry, the food is just fine. Starving is not an option here. However, traditionally, Moscow is a place where cultures unite, and religious and national communities abound. Which makes it next to impossible to pick something and call it a local specialty. Since you have made it downtown, make sure to visit the Central Children’s Store (which is a landmark in itself) and have an ice-cream on Floor 1. On a hot summer day, that would be a most fitting snack. They also sell some great ice-creams in the GUM, a big department store next to Red Square. Don’t miss out on the kvass, the traditional Russian soft drink, which has been coming in increasingly smaller supplies in recent years. You may find bottled kvass in grocery shops but the Muscovites believe real kvass is the kind that is sold out of big metal barrels in the streets. If you see one, do not pass it by. Some cafes and restaurants serve their own kvass. Just make sure to ask the waiters if it is really their craft kvass or the just some bottled stuff that is available in some stores. The famed ice-cream out of the GUM

Pride of the City

Same as many other Russian cities venerating the memories of the Great Patriotic War, Moscow takes pride in the ancestors who fought fascism and won the war. The Tomb of the Unknown Soldier by the Kremlin wall and the Eternal Flame is the main monument to that era. The enormous memorial complex Poklonnaya Hill with a stele soaring high into the sky, the Museum of the Great Patriotic War, the Open Air Museum of Military Machinery and the great Victory Park are all dedicated to the same historic event. Moscow boasts the most beautiful subway in the world. Many downtown stations are known to be listed as part of the world heritage. It is worth going down there, if only to see them with your own eyes: take a train on the Koltsevaya Line. As you prowl the city, its subway would be hard to miss. On your lucky day, you may get on a train dedicated to a writer, or an artist or a historic event. There are dozens of such trains down there.

Beautiful parks abound in Moscow and we have already mentioned some of them above. They are so diverse, and each has its own story to tell. The Apothecary Garden with the MSU — one of the oldest botanical gardens in Russia founded by Peter the Great. Losiny Ostrov — no other city in the world can boast a forest-sized park within its boundaries. Sokolniki — Muscovites adore this park built in the 19th century. You can try Tsaritsynsky Park, Petrovsky Park, Izmailovsky Park, Serebryany Bor — the list may go on forever. And it will take you just about as long to walk them all. Saint-Petersburg is known to be the cultural capital of Russia. And rightly so. However, Moscow is also a city where museums and theaters are galore. We will be hard put to tell you the exact figures but we know for sure that there are over 250 museums and approximately 150 theaters in Moscow. The Bolshoi Theater and The Tretyakov Gallery probably represent the biggest cultural brands of international magnitude. Where to Spend a Couple of Spare Days

This town is the seat of one of the biggest Orthodox church symbols — the Trinity Lavra of St. Sergius – the biggest monastery in this country that dates as far back as 1337. You can take a 75 km trip from Moscow by a commuter train from Yaroslavsky Railway Station. A bizarre settlement that is closed to the public is the seat of the First Cosmonaut Training Center — a place where all Soviet and Russian conquerors of space took their training. The Center has a museum that is open to the public. You can take bus 380k from “Shchyolkovskaya” subway station that will take you all 25 km away from Moscow. Museum of Cosmonautics in Zvyozdny Gorodok

The Military Museum of Armored Machinery in Kubinka (Moscow Region) exhibits tanks and armored vehicles from all over the world. World War II tanks are the centerpiece. The museum is only 65 km away from Moscow and you can get there by Bus 457 from “Park Pobedy” subway station. There is still quite a bit of ambiguity when it comes to the figure of Vladimir Lenin — the Bolshevik leader who organized the revolution in October 1917. One can still see the body of Lenin in the Mausoleum on Red Square. However, we suggest you should visit the Museum-Reserve “Lenin Hills” where Lenin spent his last years of life after surviving the assassination attempt. This is where he died in 1924. You can see his office, personal things and the automobile that used to take him and many other people of that era for a ride. Besides, this is a simply awesome place 38 km away from Moscow. Just take Bus 593 from “Krasnogvardeyskaya” subway station.

The longest trip we suggest you should take is to see the house of Leo Tolstoy, the author of “War and Peace” and “Anna Karenina” (incidentally, both books were written here). The house is 14 km away from Tula – a city close to Moscow. You will see the house where the writer spent fifty years of his life, his personal things and an impressive library. And you can pay your tributes at the writer’s grave. The house is some 200 km away from Moscow but one can make a round trip within a single day. One way trip takes 3-4 hours. First, you need to take a commuter train from Kursky Railway Station to Tula. From Tula Railway Station you need to take trolleybus 5 to “Pedinstitut” stop, and then you should take bus 114, 117 or 280 to “Yasnaya Polyana” or “Shkolnaya”. In addition to an extensive network of underground lines, Moscow has several above-ground subway lines, dozens of bus-, trolleybus and tram lines, not to mention dozens of micro-bus lines. Moscow has 9 railway stations where commuter trains depart from and arrive in. High-speed trains will take you to the airports of Vnukovo, Sheremetyevo and Domodedovo from Kievsky, Belorussky and Paveletsky Railway Stations respectively. For routes and schedules of buses, trolleybuses and trams visit mosgortrans.ru, for commuter trains visit pass.rzd.ru. The intervals between subway trains are very short so you do not need any specific schedule. You can find the map on each subway station but you can also download a mobile application at mosmetro.ru.

Quite a number of taxi companies, including the international Uber and Gett, are doing business in Moscow.

World Cup games will take place at the Luzhniki – a stadium built for Summer Olympics 1980 and revamped for the mundial, and at the brand new Spartak – a home stadium for the local namesake football club.

The easiest way to get to the Luzhniki would be the subway – up to the “Sportivnaya” station. The second Moscow stadium to host the FIFA World Cup 2018 is situated close to “Spartak” subway station.

Feel at Home in a Strange City: Useful Apps

Accommodations suited to every fancy: hotels and private houses

Get along with foreigners: 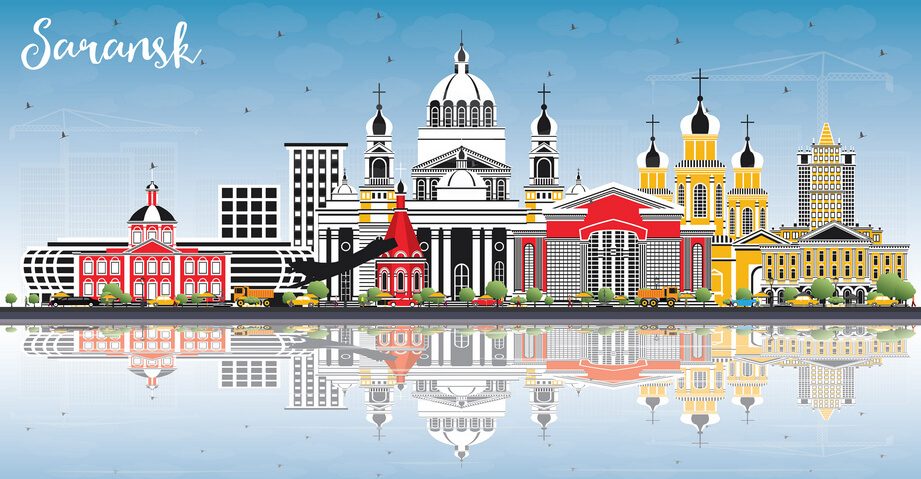 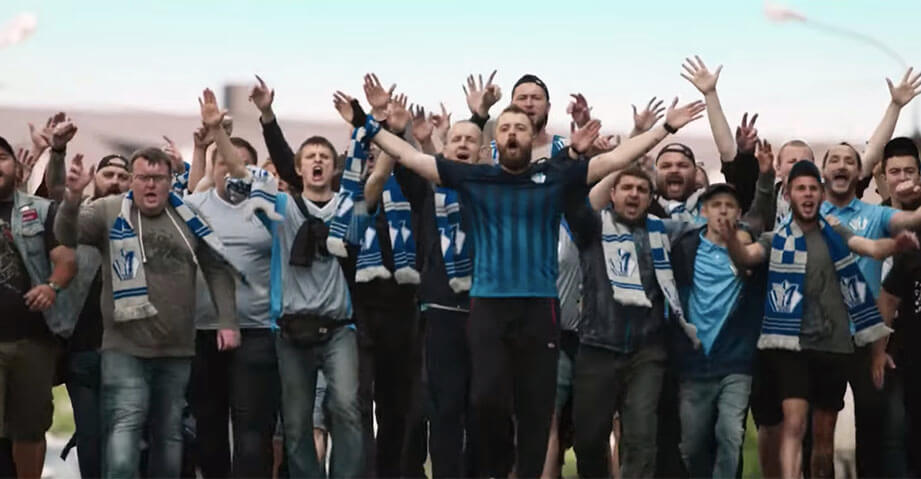 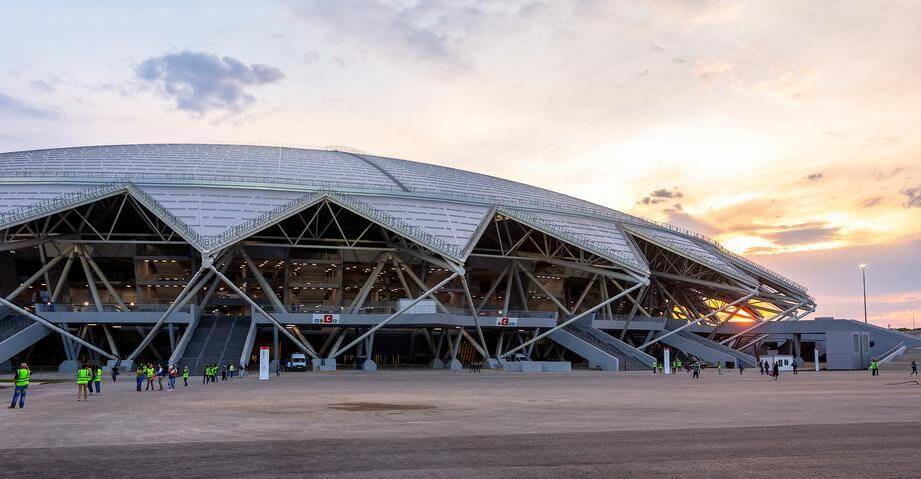